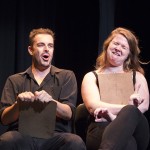 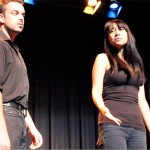 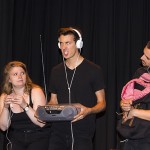 Alan Belerique has studied improv with Second City, Bad Dog Theatre and ITC (Impatient Theatre Company). He has worked with several different improv teams over the years as part of ITC’s Harold Night, such as Panzer, The Watchers, Big Chicken Dinner, Honeypot, Splatbook. Recently, he performed in New York City as part of the Del Close Marathon.

In addition to improvising, Alan starred in Poculi Ludique Societas Theatre’s To Seek A Child and A Christian Turned Turk. He also starred in Death Clowns in Guantanamo Bay and the Fringe Festival’s showings of One Man Show of Doom! and The Roommate.

Alan currently performs weekly at Comedy Bar’s Academy Tuesdays, Bad Dog’s Micetro with its house team The Rat Pack, as well as with his duo team The Alphas. Alan also hosts his own over night radio show, Anarky Radio, which he both produced and created.